The store will not work correctly in the case when cookies are disabled.

Our favourite Topaz items for this November

Our favourite Topaz items for this November

November is finally here and although Christmas is just around the corner, it is important to not forget those special occasions in the upcoming weeks before Christmas.

If you are struggling to find the perfect gift for birthdays in November, then we are here to help. The traditional birthstone for November is Topaz, and the modern birthstone is Citrine. Blue topaz is also an option as the 4th wedding anniversary gift.

Topaz is a popular gem. Although frequently associated with golden yellow as well as blue, it can be found in a variety of colours, including colourless. The rarest are natural pink, red, and fine golden orange, sometimes with a pink tone.  It is one of the most durable and is rated at an 8 on the Mohs Scale of hardness.  This makes it an excellent stone for use in jewellery as it will be long lasting and robust.

The necklace pictured below is a cushion cut blue topaz, with trefoil diamonds, crafted in 18ct white gold. 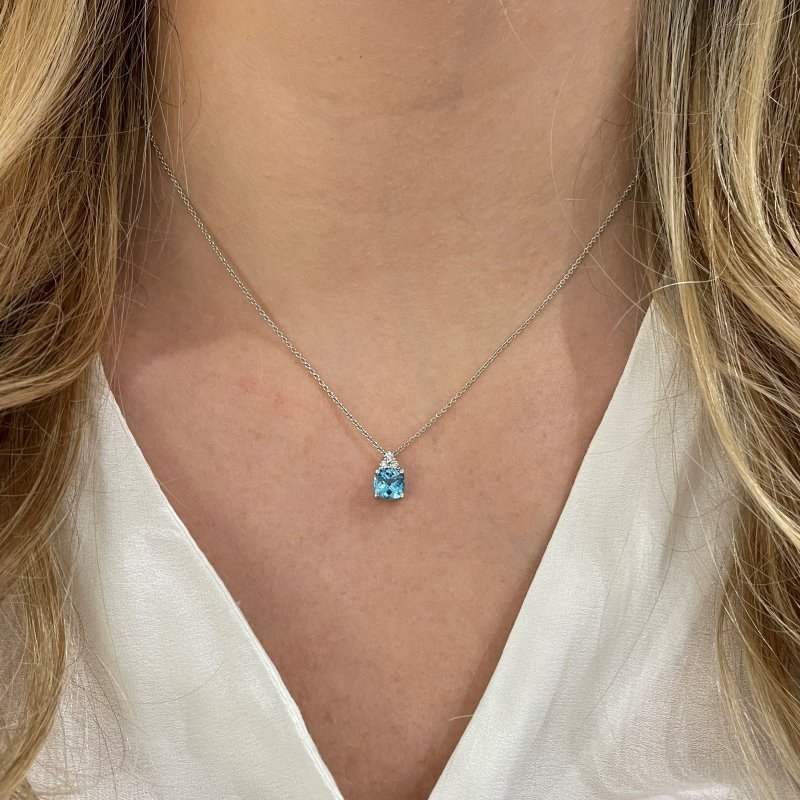 The first topaz was found in 1737 in Germany. Later, in 1740, a larger sample was found in Brazil. Initially there was a lot of confusion about what these gemstones actually were and due to their golden colour, they were often mistaken for peridot.
This gemstone is found all over the world. It has been mined in countries including Brazil, Russia, Zimbabwe, Germany and the United States of America. There are large mines in Utah that invite people to visit to mine their own topaz.

This gemstone has spiritual links and has been used in the decoration of jewellery and adornments for centuries. Ancient civilisations believed topaz held many magical and healing properties.
The Ancient Greeks thought that the gemstone would provide its wearer with increased strength. It was also believed that topaz could grant invisibility. Many people would wear the stone for its healing properties as it was thought to alleviate anxiety, muscle cramps, joint pains, diabetes and low immunity. Topaz is also thought to attract wealth and money.  For centuries, many people in India believed that wearing a topaz above the heart promised long life, beauty, and intelligence. 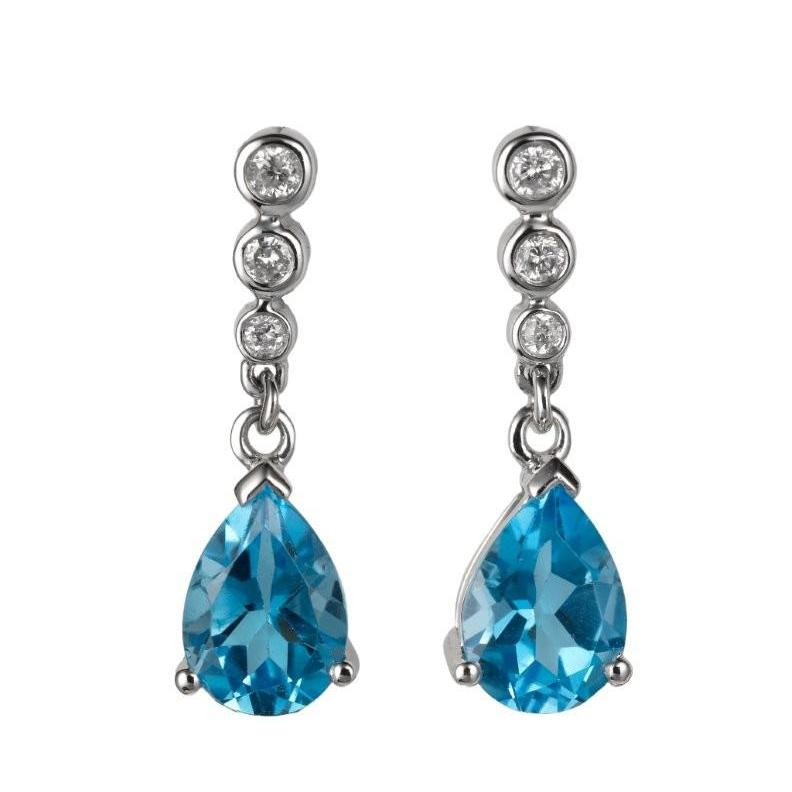 Fun fact: A large topaz was once mistaken for diamond. A 1680 carat topaz was mined in Brazil and named the ‘Braganze Diamond’. This stone was set in the Portuguese crown and was believed to be one of the largest diamonds ever found. It was later realised that this large, glistening stone was actually a colourless topaz.

To view our whole range of topaz jewellery, simply search 'Topaz' into the search bar of our website, or visit our Uckfield and Lewes showroom. 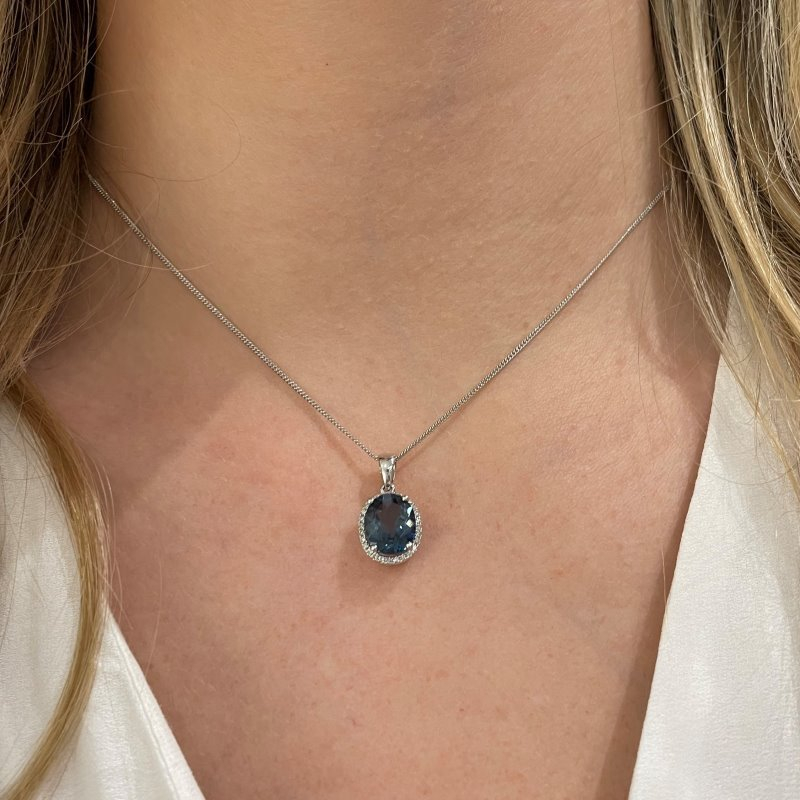